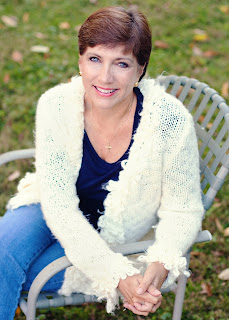 Harriet E. Michael is an award-winning writer with two 2021 Selah Awards as well as being a finalist in the 2011 "Women of Faith" awards.Born in Nigeria, West Africa, as the daughter of missionaries, Harriet E. Michael is a writer, gardener, substitute teacher, wife of over 40 years, mother, and grandmother. She holds a BS in nursing from West Virginia University but has discovered her passion for writing. Since her first published article in 2010, she now has hundreds of published articles, short stories, and devotions. Harriet is is a member of American Christian Fiction Writers and Louisville Christian Writers. She is the author of numerous books. Her prayer series, published by subsidiaries of Write Integrity Press, includes "Prayer: It's Not About You," a finalist in the 2011 Women of Faith book contest. She also has two books published by Olivia Kimbrell Press--a novel, "The Whisper of the Palms" and "A Stand for Truth" co-written with her husband, named First Place Nonfiction Books Selah Award winner.  Her stories, articles, and devotions have appeared in publications by Focus on the Family, Lifeway, Standard Publishing, David C. Cook Co., Bethany House, American Life League, Crosswalk.com, Christian Communicator, Judson Press, Chicken Soup for the Soul, The Upper Room, Pentecostal Publishing House, Smyth and Helwys, and more. She is also a Christian speaker who loves to talk to women's groups about prayer or other topics or speak at writers' conferences on free-lance writing, non-fiction writing, and devotional writing.

What He Has Done for My Soul
Email: harrietemichael@gmail.com